A Guide to Smoking Hemp Cigars

Back when we first started Acme 420 Magars, (which is the MJ version of Hegars) we literally were the first ones out there doing this work, we are and will forever be the original cannagar creator. We sold our Magars (what we call our cannagar product) with card that was attached to the glass tube and on that card we had a message that said “learn how to light a Magar” on it. Well as things went forward, it never was filmed and put up. During that time we literally were busy selling to almost every dispensary in Colorado at the time, so we didn’t get to it.

But over the last years it looks like it was Leira cannagars that picked up the idea… and they… Butchered it. How to light a Magar went viral, but the problem I see in it, is that they are using a blow torch lighter to light it and they missed some vital points about it as well. Ours? (MJ or Hemp) You will never have to use a crack torch to light your hemp cigars or marijuana cigars. Just, not how things work, it’s not the way we envisioned these products being treated. Nothing wrong with a torch lighter, but we feel our products are much more elegant in terms of being able to whip out a simple match and light your hemp cigar.

So that’s the first thing to note about our hemp cigars. You can simply light it with a lighter or a match.

And does it matter?

No one should have to carry around a torch lighter to light their hemp cigar. Unless you’re doing dabs or … smoking something else that you probably shouldn’t be smoking.  Please note that we of course have no idea how other companies are rolling their cannagar products so take this with a grain of salt if you’re smoking another product, as many have problems with heat and moisture levels that can heat up the entire cigar.

Ours? You never have to worry about the entire cigar heating up and burning you. So without further ado, welcome to:

Today we will go over briefly….

How to Light a Hemp Cigars / Magars:

And do note we’ll update this page in the future with the video of how to properly do this as well. This is something you’ll want to know if you’re ever invited to a Hegar Social. We’ll be doing a series of Smoking Etiquette for hemp cigars and Magars, so be sure to follow us and we’ll let you know when and where these smoking socials will be available.

If you have any other questions about this, leave a comment or you can visit our Facebook page and ask us there or you can contact us here. ALSO, be sure to sign up for our promo deals newsletter and we’ll shoot out flash sales and awesome deals. Sign up below 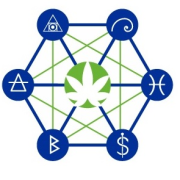 We are the first and original gourmet hemp cigar company based out of Colorado established in 2010.

​Check Your Email for Your Free Shipping Coupon

​BE SURE TO CHECK SPAM!

​GET FREE SHIPPING ON YOUR FIRST ORDER

We use cookies to ensure that we give you the best experience on our website. If you continue to use this site we will assume that you are happy with it.Ok